Get Kids to Eat Their Veggies … With a Smile 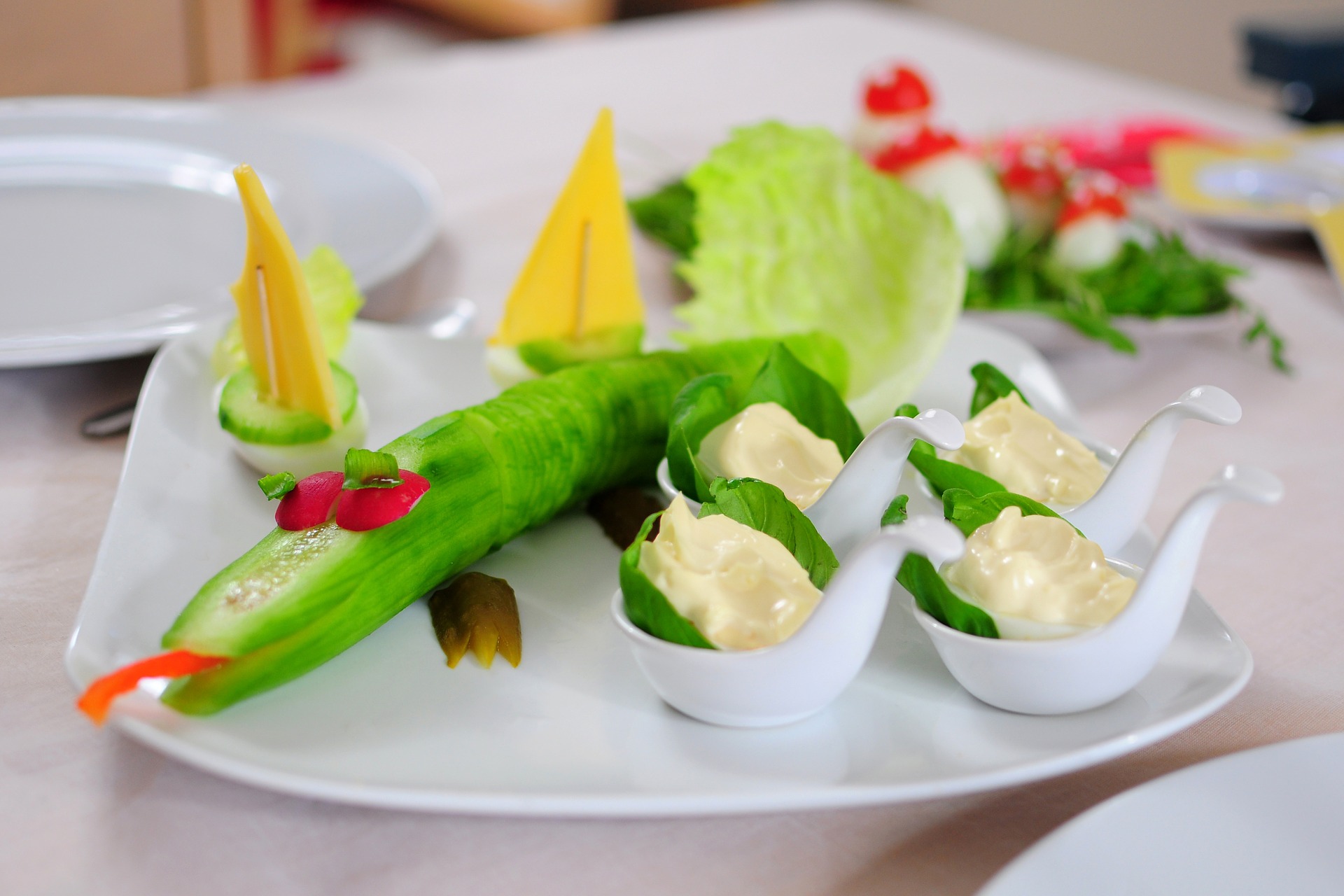 You probably love them because you know they’re nutritious and packed with vitamins. Kids, on the other hand, aren’t necessarily hip to healthy eating, and a heaping forkful of veggies can make them a bit squeamish, to say the least. Getting that goodness into their mouths can be difficult at times, as all parents know. But there are ways to make it go down easier.

There’s no denying that kids have a sweet tooth, and you’ve seen them devour piles of candy on Halloween. Although you can’t magically turn green beans into gumdrops, you can add a bit of honey to carrots and peas. These and other vegetables are naturally sweet to begin with.

Adding just a touch of butter to a steaming spoonful of string beans will make them go down a lot easier, and the kids will likely want another one. Bacon is another ingredient to add to your spinach and kale, while some cooks swear by pine nuts and pancetta.

Do It with Dip

The tots will think it’s still playtime as the celery goes swooping down into the bowl of cool ranch or hummus, scoops up a dollop, and cruises into their open mouths just like a plane. Cucumber spears and pepper slices make excellent aircraft as well.

How about turning those cucumber slices into stars? Cutting vegetables into clever shapes will certainly get them interested in their food, especially if it’s arranged into patterns on their plates like smiley faces or animals.

Cook a variety of veggies in yellow, green, orange, and red. Peppers are your best friends when it comes to this method as they come in a variety of vibrant colors and release a touch of sweetness when sauteed.

They may not understand health, but they do want to grow up to be big and strong like their parents. Explain that eating veggies will make that happen rather than trying to convince them of the value of a diet rich in vitamins, which, quite frankly, they do not care about.

Just tell your kids that they are dinosaurs and the broccoli on their plates are little trees and they have to eat them all. This taps into their vivid imaginations, which is something to be encouraged, according to parenting website Family Education.

Just blend them up and add a crazy straw. There are dozens of veggies you can use, and Wide Open Eats has a list of recipes that sneak them into otherwise fruit-based smoothie recipes without giving away the secret.

Ask Them to Help

Let them join in as you prepare the evening meal. It’ll make them feel just like grown-ups, and they can eat veggies like one, too. Besides, it’s a wonderful way to foster an interest in cooking itself, according to world-renowned chef Jamie Oliver.

Before you get started in the kitchen, take a trip to the farmers market. The kids will see a variety of unusual vegetables in different shapes, sizes. and colors that they can pick out themselves, take home, and arrange in a basket.

Let them eat what they grow. Planting a garden lets kids see where their food comes from and helps develop a healthier understanding of the relationship between nature and our diet. What’s more, they won’t refuse a tomato they raised themselves.

Follow these suggestions and before long, your kids will be begging to eat veggies rather being forced to, and it’s best to develop healthy habits now while they’re still young. Now, off to the kitchen, and bon appetit!

Back to Work Tips – For a Mom Who is Breastfeeding
Guest Post: Subtle Baby Cues Parents May Overlook